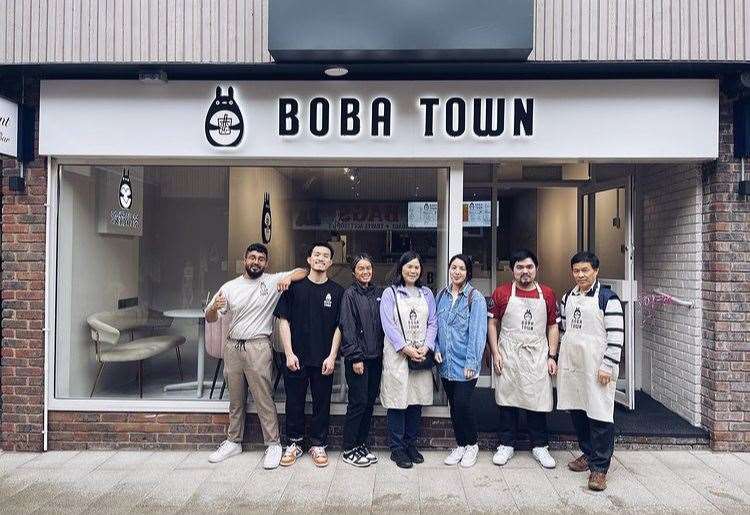 A city center has seen a wave of new openings and more to come.

Two bubble tea shops, an Italian restaurant and a sandwich shop have opened in Gravesend or are due to open soon.

Just weeks after the city got a new bubble tea shop, another is set to open this weekend.

Multea Choice – which has stores in the Netherlands, Tolworth and Wimbledon in London – will hold a grand opening on Saturday with a soft launch the day before.

The store sells authentic Taiwanese teas and will offer its first 50 customers a free drink, followed by half-price drinks on Saturdays.

Boba, also known as bubble tea, is a tea drink that became popular in Taiwan in the 1980s.

It is made by mixing an infusion with milk, fruits and fruit juices, then adding tapioca pearls and shaking vigorously.

Located in the former King Street Carpet Time, there will also be a Lion Dance show at noon.

It will be the second bubble tea shop to open in the city center as family business Boba Town welcomed customers on May 6.

A spokesperson said of their first weekend: “It was crazy. We had queues in the mall and security had to be called to separate customers into queues.

“We had great feedback from everyone and they all love the recipes. It was a great weekend.

“We also ran out of stock because we didn’t expect it to be so crazy. We had over 100 orders on the first day, people were ordering 10-15 per person.”

The new store now offers takeout and dessert orders on UberEats, JustEat and Deliveroo. It is located at 39b Kempthorne Street in St George’s Centre.

Italian restaurant Da Rosario is also set to open in the former Italian Hall of Fame on King Street although no date has yet been revealed.

Further afield in the borough, Crumbs 2 sandwich shop has also found a home at The Gravesend Boat in Leander Drive, Riverview after closing in King Street last year.

Boss Debbie Hellier said: “It’s been crazy and overwhelming. At the moment people have to be patient as we’ve gone from a big store to a small local but everyone appreciates our return.

“It’s wonderful. I saw clients that I hadn’t seen in many years. We had so much support, it was amazing.

“I didn’t know what to expect, so I guessed how much bread we would need. We missed the first two days and had to close early one day.”