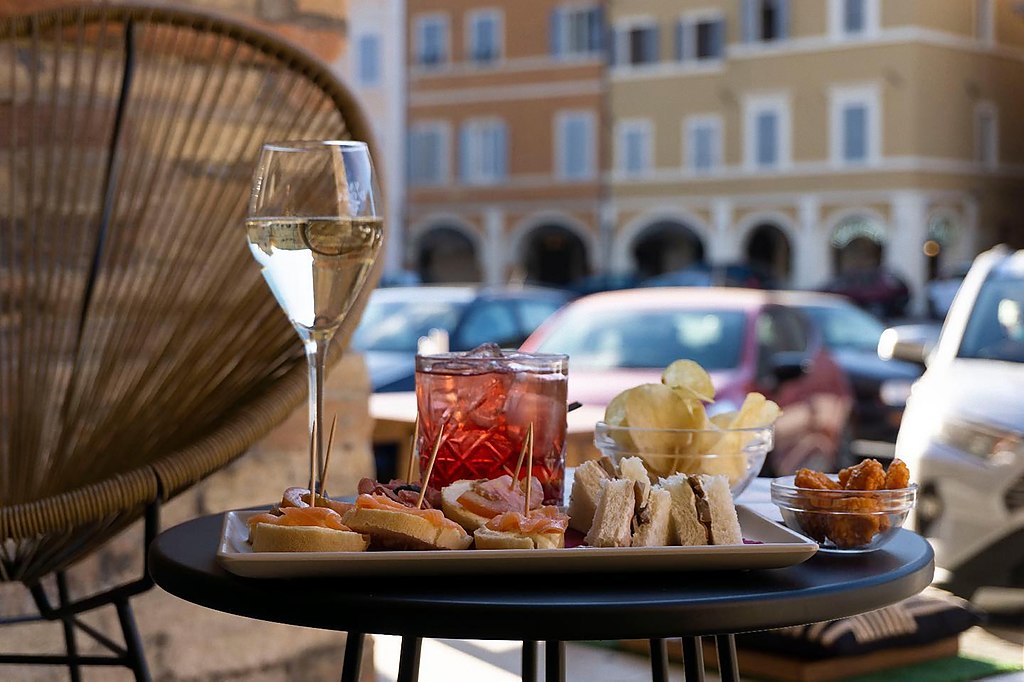 Italian Cuisine and Greek Cuisine: The History, Differences and Common Traits in the Kitchens We All Love is a fascinating journey down memory lane, showing that there was a fusion of Greco-Italian cuisine in historic times which continues to this day.

This is the sixth in a series of stories on the history of Greek foods. In this second article in a series of three, we continue to retrace the journey that built the foundations of the cultural identity of the Greek people.

When, after years of war, spirits finally calmed down and the territory of ancient Greece became a province of the Roman Empire in 27 BC. life.

It is then that a unique gastronomic cachet is created which constitutes the ancestor of the first common identity of the Mediterranean diet.

The integration of Greek cuisine and its way of life, despite the great admiration and curiosity aroused among the Romans of the time, was not immediately appreciated by all.

This is especially true of politicians, who feared the loss of Roman identity, such as Cato the censor (the politician and general) who pointed out the Greek gastronomic and convivial culture as too primitive and “impure”.

Once all the skepticisms were overcome, however, the introduction of Greek recipes and customs began, including the introduction of the cultivation of using the fruits of the olive tree, which had only been incredibly used by the Romans until ‘for religious purposes until this time.

Greek wine was, however, preferred at the time; Already in pre-Hellenistic times, the Greeks used sea water as an additive to fermented grape juice.

In addition, wine yeast was also introduced into the culture of Roman breadmaking.

Various sauces accompanying legumes and vegetables quickly conquered the palate of the Romans, such as gÃ ron (Î³Î±ÏÎ¿Î½), a sauce made from salted fish and its entrails.

Another significant import by the Romans during this era of Greco-Roman culinary fusion was the custom of a personal chef inside the most aristocratic houses, as a symbol of great wealth and attention to all that is good and beautiful.

At the same time, the Greek culinary culture was positively influenced by the introduction of the elegance and grace of the Romans, which already characterized the ideal of conviviality at that time.

The Greeks of the time, it must be said, had more raw attitudes towards the culinary experience: in fact, food was only a pleasure and a spiritual enrichment for the higher social classes, while for the rest of the population, it was only a subsistence. , much needed for those who are engaged in physical labor.

A good example of this concept would be Î¼ÎµÎ»Î±Î½Î±Ï‚ Î¶Ï‰Î¼Î¿Ï‚ (melanas zomÃ²s) or
black broth, made from meat, vinegar and pig’s blood, used by the Spartans in war to provide the necessary energy for combat.

With the arrival of Roman culture on their lands, the Greeks learned the importance of giving an air of sophistication to the dishes they consumed, giving importance to presentation, including even at outdoor banquets. .

Greco-Roman cuisine remained the main fold on these lands for the following centuries, until the end of the Byzantine Empire in 1453: this marked the first great historical division of European gastronomic culture.

With the arrival of the Ottoman Empire, Greece suddenly deprived itself of its own culinary identity by accepting and incorporating the Osmanic world for 400 years.

During this time, the Italian lands began a journey that allowed them to have cultural exchanges and to experience periods of artistic and culinary development, which led to the basis of today’s traditional and regional cuisine in Italy.

The difference between the two culinary realities, Greek and Italian, is in fact due to this historically imposed detachment that began centuries ago.

Greek cuisine still bears many similarities to Turkish cuisine today, not only in the common traditional recipes and dishes, but especially in the preparation processes and condiments used. This is manifested by the strong presence of fried meat and a great use of spices (such as chili and cumin), typical of Anatolian cuisine and countries of the former Ottoman Empire.

Greek cuisine is a cultural crossroads

Nowadays, Greek gastronomy represents a very important cultural crossroads which strongly binds Mediterranean ingredients to the ancient culinary spirit of the region and to the most recent cultural infiltrations of Asia Minor and the Balkan Peninsula.

The Italian territory, on the other hand, has managed over the centuries to establish itself strongly as an artistic homeland in its own right, thus reinforcing its own culinary identity, leaving just enough space for evolution.

This is seen both in the techniques used, which have many Spanish and French influences, and in its philosophical relationship to food, always placing it at the forefront of its own identity.

Italy is a unique country, but it has many cultural variations, which over the centuries have accepted various gastronomic influences, thus arriving at a unique culinary identity in its many regional facets.

Many similarities have been found between Greece and Italy in recent decades, thanks to a path of culinary rapprochement between the two countries – mainly Greece, which has always been fascinated by Italian gastronomy today. .

In today’s Greek family life, in fact, we find more and more elements drawn from the Italian imprint: the use of pasta and rice as main dishes and no longer as an accompaniment; increasing the presence of beef as a replacement for mutton and pork; and in the habit of consuming lighter pastry products, no longer limited to oriental influences (the best known example being baklava, composed of pastry, syrup, honey, dried fruits and nuts).

Even in terms of organization, Greek cuisine is increasingly trying to align itself with Italian habits: the subdivision into starter, first and second course is becoming more and more popular, replacing the concept of banquet, which is still very present in the way of interpreting a meal still today in Greece.

The new generations are now used to the ritual of the aperitif, replacing the more classic ouzo (a dry distillate with a high alcohol content) by mezedes (various selections of small samples such as olives, tzatziki and feta), with Italian Spritz and finger food.

With regard to the catering world, the Italian trend in recent years to create a conscious and much more productive economic system is becoming a valid example for the Greek tourism industry, which may not yet be adapted to a innovative and rapidly changing world. market like the one today.

The two realities are still linked by the Mediterranean identity and character, a common spirit never lost which unites the two countries and the two cultures.

The attitude and the way of living the cuisine, make these two countries examples of gastronomy, conviviality and spirituality, even in an increasingly modern and less and less traditional culinary world.

Giorgio Pintzas Monzani is a Greek-Italian chef, writer and consultant who lives in Milan. Her Instagram page can be found here.

Italian cuisine is the best in the world