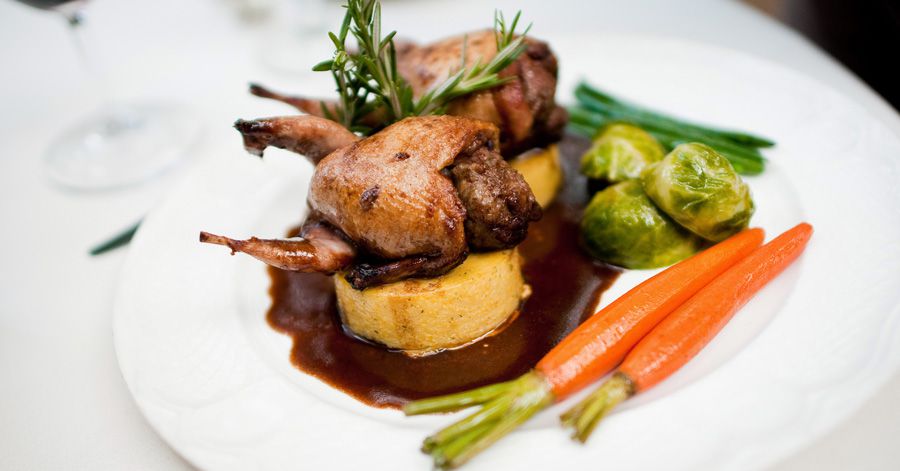 The Food and Hospitality Legacy of Italian Restaurant La Grotta in Buckhead, Atlanta

In 2022, Eater highlights some of Atlanta‘s oldest restaurants and food institutions through a series of photo essays, profiles and personal stories. The restaurants featured are a mix of longtime familiar favorites and venerable lesser-known establishments serving a wide variety of cuisines and communities in Atlanta and the surrounding metro area. These restaurants serve as the staple of Atlanta’s culinary scene and continue to stand the test of time here.

La Grotta is where I fell in love with restaurants. This happened over time, and mainly when its doors were closed. As a daughter, my parents befriended owner and chef Antonio Abizanda, who lived in one of the condos above the restaurant nestled on Peachtree. Abizanda was as close as I was to having an uncle in Atlanta, and I like to think he also claims my sister and me as his family.

When Abizanda wasn’t working at La Grotta, he would take us to over-the-top Sunday brunches at the Ritz Carlton Buckhead, where seafood towers and caviar dishes with all the trimmings were part of my culinary education. On Sunday evenings, he and my father cooked together, drinking red wine and joking in Spanish.

If dinners were held at Abizanda’s apartment, dessert meant taking the elevator down to La Grotta’s basement to choose sweets from the freezer and play hide-and-seek in the dining room or sneak sticks of breadsticks while he was busy with something in the restaurant.

Abizanda taught me how to make paella and risotto and, above all, to always cook with good ingredients. La Grotta isn’t just another Atlanta restaurant for me, it’s where I learned to appreciate food and eventually shaped myself as a cook during my formative years. .

As I get older, now raising my own family, I realize that La Grotta is important to many Atlantians. This is a restaurant for special occasions where birthdays, anniversaries, promotions and other milestones are celebrated. It’s an Atlanta destination for old-school Italian cuisine, like veal with truffles. And while the dress code has morphed over the decades and service has become more casual, La Grotta retains a sense of elegance and sophistication, even after 40 years at the bottom of this condo building on Peachtree.

I wanted to know why and turned to La Grotta founding partner Sergio Favialli for answers, as Abizanda is currently traveling and enjoying his retirement.

“A lot of people told us, ‘You’re crazy to go there. The place looks like a retirement home,’ Favialli says of the space La Grotta has occupied for four decades.

Favialli and Abizanda met while working together at the Omni Hotel in Bermuda before the two moved to Atlanta. When they opened La Grotta in 1978 there weren’t many Italian restaurants here other than Nino’s and Alfredo’s on Cheshire Bridge. At the time, ingredients like fresh parmesan and basil were hard to come by, and homemade tomato sauce was unheard of in Atlanta. Abizanda and Favalli brought the best ingredients they could find from Europe, from mozzarella to olive oil.

The partners started with affordable prices, hoping to compete with other restaurants in Atlanta. Soon they discovered that people regularly dined at La Grotta for special occasions or for business.

“They still come. We have cultivated the culture of the personal touch when you come to a restaurant,” says Favialla. “Also, the consistency in food and cooking because Antonio and I had several discussions, sometimes heated discussions. We’ve always had our differences, but for the benefit of the business, you need to keep the service and the food… consistent, consistent, consistent.

After 50 years of working together at various establishments, Abizanda and Favialli finally retired last year. When Abizanda left, his deputy of many years also left. A new chapter is being written at La Grotta by a new generation of Atlanta chefs and restaurateurs.

Chef Daniel Chance, who cut his teeth with Atlanta restaurateurs Bob Amick and Todd Rushing of Concentrics Restaurant Group, leads the kitchen here, making his own mark, while preserving the essence of the food served at La Grotta for its regulars. Favialli’s son Christian, who worked in the house for years, continues in his father’s place.

“He had this magnanimous aura and personality that is just big and grand,” Christian says of his father. “My brother and I did our best to imitate him.”

“He taught us that it’s a business and you have to be diligent and time consuming. That’s part of why I think La Grotta is a success,” adds Christian. “One of them was still there. An owner will always be there to welcome you, say “hello”.

Christian is a natural, just like his father. He makes a point of shaking hands with guests and continues to push for the same standards of service and food that Abizanda and his father have expected and maintained at La Grotta for decades. It has made it possible to retain customers and retain staff.

This loyalty and love for La Grotta was most apparent at the start of the pandemic. Determined to keep staff employed, the restaurant weathered the early months of the health crisis by offering take-out orders and then opening the patio for dining. Regulars contributed over $50,000 in gift cards, the proceeds of which benefited La Grotta employees.

I’m not the only Atlantan who loves this restaurant or has a deep, personal connection to it.

“I want people who walk through our doors to feel like the most special people in the world,” says Christian. “I want them to leave feeling like they not only celebrated their special occasion, but that we really care that they came.”

My childhood experiences at La Grotta were a privilege due to my parents’ friendship with Abizanda, but seeing the inner workings of a restaurant made me appreciate how food comes to be placed on the table and what it takes to run a successful restaurant. I suspect longtime regulars have their own personal stories to tell about La Grotta, part of that special connection first cultivated by Abizanda and Favialli, and now encouraged by Christian to bring La Grotta into its next 40 years. .

Jennifer Ziman is a food critic and podcast host The food that binds, a podcast about food and relationships. She was born in Rio de Janeiro, Brazil, and raised in Atlanta, where she continues to live with her family. She is a graduate of Emory University and the California Culinary Academy. His work has appeared in the Atlanta Constitution-Journal, Atlanta magazine, enjoy your food, Creative stroll, Atlanta eater, The kitchen, National geographic, Serious Eat, southern lifeand Thrillist.