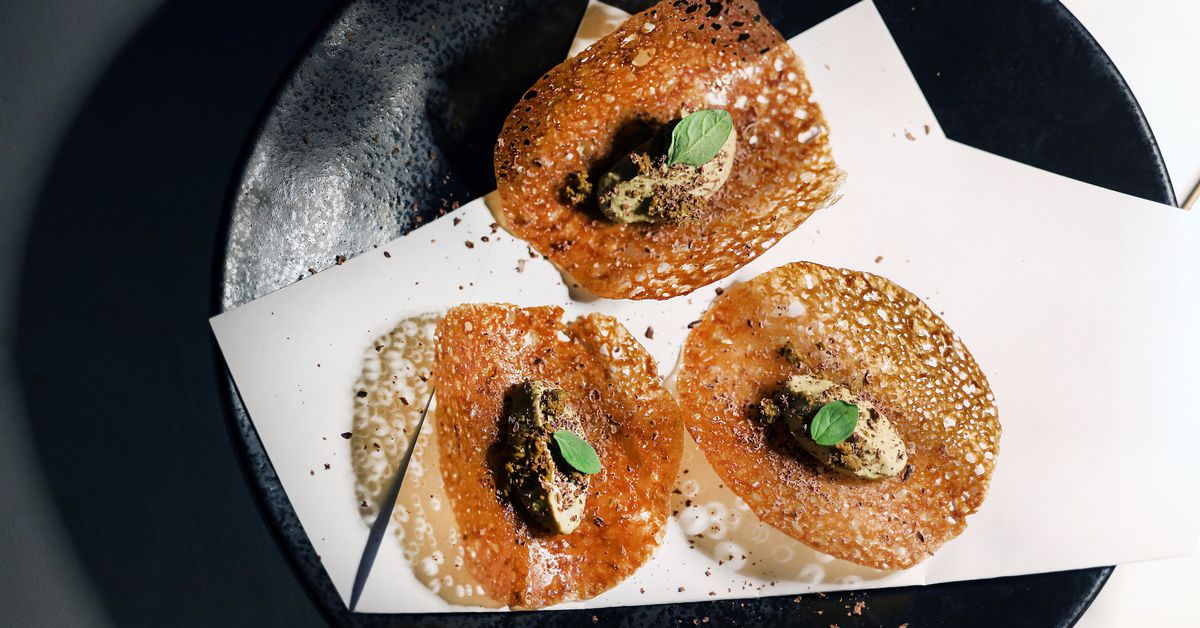 Semola in La Jolla revived as Ambrogio d’Acquerello, showcasing all new dishes designed to align with the restaurant’s Michelin gastronomic ambitions. Celebrity chef Silvio Salmoiraghi and his team at Italy’s Michelin-starred Acquerello (including partner chef Choi Cheolhyeok, sous chef Davide Colombo and foodie Paolo Tucci) have now fully partnered with the Ambrogio15 Group, ensuring that the one of its chefs will alternate between L’Italie and the management of the Fay Avenue kitchen.

Salmoiraghi is currently on hand for the restaurant’s launch, overseeing a new tasting menu that showcases his extensive culinary experiences in Italy, France, Japan and Korea. Highlights include cauliflower mushrooms with sea bass ceviche in seawater, white chocolate with caviar and Osetra Reserve melon, and delicious yet simple linguine served with 24-month aged parmigiana.

Each of its seven-course tasting menus has been fancifully named; guests will be able to choose the meat option, “Dancing with the Stars” or the vegetarian/vegan selection, “A Walk in the Garden”. There is also a Grand Piatti Dello Chef, a large sharing plate focused on meat or fish. The food and wine pairings come from small Italian vineyards with which the restaurant group has partnered. General manager Fabio Rauscher Bascon told Eater that 80% of their customers chose the chef’s tasting menu during their previous incarnation as Semola. As Ambrogio by Acquerello was relaunched, the team wanted to focus on “creating a dining experience like no other” with weekly rotating menus.

While the group still operates Ambrogio15 in Pacific Beach, Little Italy and Skydeck, they will also be opening a new Ambrogio location in Scottsdale, Arizona.