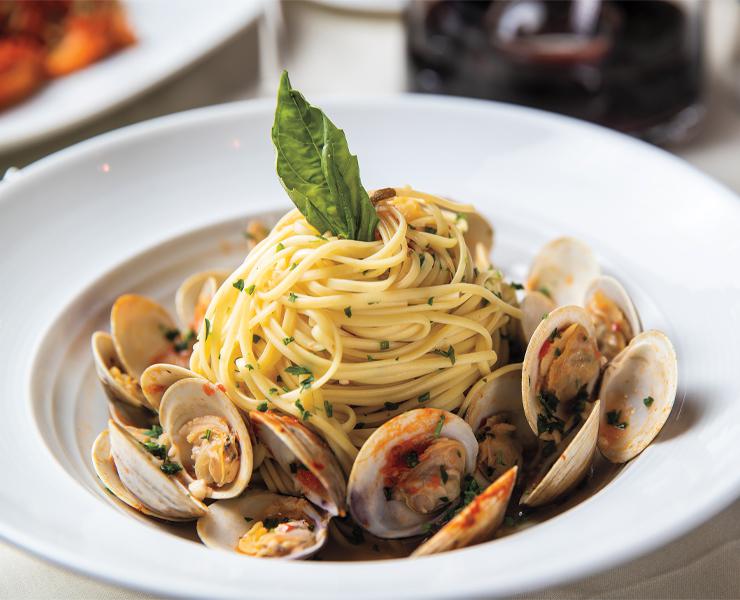 Times and tastes may change, but the thrill of discovering Piero’s Italian cuisine remains the same as when Freddie Glusman opened the restaurant’s original incarnation four decades ago. Glusman found the perfect address off the Strip in 1987 at Piero’s current location across from the Las Vegas Convention Center, and has been serving classic dishes to upscale patrons ever since. Now under the supervision of Freddie’s son Evan Glusman, Piero’s has become as legendary for its famous clients as it is for its 1980s vibe, which served director Martin Scorsese’s desire for authenticity so well in Casino.

The menu items created by Chef Gilbert Fetaz, which began just weeks after the restaurant opened and retired in 2019, were served to Frank Sinatra, George W. Bush, Bill Clinton, Steve Lawrence and Eydie GormÃ©, and Don Rickles, who roasted Freddie on his birthday. The restaurateur’s appreciation for Pia Zadora has led the singer to perform regularly at Piero’s, which has recently become a place to spot Golden Knights and Raiders players as well as professional sports dignitaries such as Mark Davis. The current generation of diners connects with the past through fagioli pasta, pollo parmigiana, homemade ravioli and oven-baked ziti, dishes that continue to be prepared with the utmost respect for excellence and tradition. .

Click here for your free subscription to the weekly digital edition of Las Vegas Magazine, your guide to everything to do, hear, see and experience in Southern Nevada. In addition to the latest edition emailed weekly, you will find lots of great and budget deals from some of the attractions, restaurants, properties and more! And Las Vegas Magazine is full of informative content such as restaurants to visit, cocktails to sip, and attractions to enjoy.

Closure of the Italian restaurant Franco’s in Pensacola, building for sale