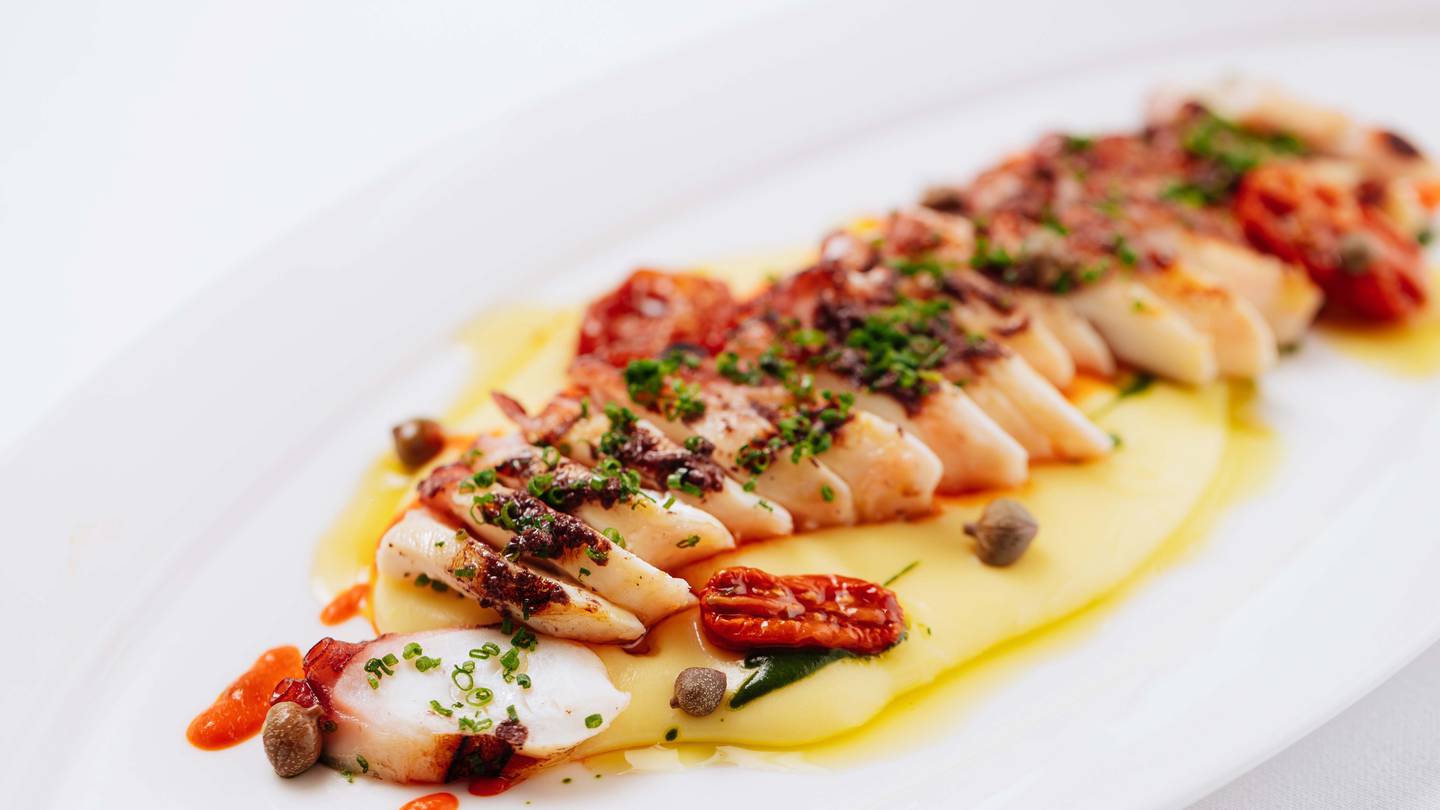 When I first moved to Dubai, I lived on the 68th floor of one of the many sea-facing skyscrapers in Dubai Marina – with a living room window overlooking Barasti, its beach and the great blue that extends beyond.

And, as I jostled with seven housemates for the best balcony seat at sunset, I often gaped through the open water and felt like things couldn’t get any better. Fast forward four years and, remarkably, they did.

Not only am I freed from the nightmare of sharing an apartment, but our breathtaking view has a glamorous newcomer: the Port of Dubai. At the heart of it all is one of the city’s finest new additions this year: L’Amo Bistro del Mare at the Yacht Club du Port.

The Italian seafood restaurant has been in shock with diners since March. It’s the brainchild of Mine and Yours, which also opened Chic Nonna at the Dubai International Financial Center in August, and Sunset Hospitality, famous for Nammos, Sushi Samba and Drift Beach.

What to expect, where to sit

The restaurant is accessible by lift from the main entrance. Inside, huge picture windows bathe the interiors in light — either orange hues from the daytime sun or the shimmering skyline of skyscrapers at night.

The restaurant offers seating options consisting of plush booths, wraparound terraces and balconies, and a bar adjacent to an ice-cold seafood counter where diners can choose their own catch of the day.

We grab a comfortable table by the sliding doors that open onto the breezy deck and, just like the superyachts floating a few feet away, we anchor for the evening. It’s a white linen tablecloth to eat without the fuss; the rest of the interior is a mix of muted nautical tones, warm gold lighting and cool gray seats.

But the 360 ​​degree view of the harbour, Dubai Marina and Bluewaters Island is really the star of the show. Until the food arrives.

Take the le tre tartare, or trio of tartare: Sicilian red prawns are finished with caviar, the tuna has capers and a zing of mayonnaise, and the sea bass is topped with mullet roe. Each is delicately prepared – but leave your pretensions at the door as they’re made to be slapped, spread and crunched on croutons as well as freshly baked sun-dried focaccia and slices of sourdough.

These are adult dishes, which, true to form, are not intimidating. It’s a bowl of charred pasta and octopus slices, both ready to dive straight into.

Seeing our insatiable appetites soften slightly, our waitress happily stops before bringing out the headliner of the evening: her grilled sea bass recommendation for two. And, when it comes, it more than lives up to its billing; although more on that later.

We end with a dessert to share consisting of homemade pistachio and sour cherry ice cream. It superbly captures the soul of Sicily, the spiritual land of pistachios and ice cream.

The sea bass to share for two mentioned above is grilled whole before being placed on a metal tray and served at the table by our waitress. She is given the unenviable task of deboning the huge fish. Although our eyeballs drill a hole in the top of her head as she bends over, she performs the procedure with deft precision.

Simply slide your knife under the net to remove the perfectly cooked fish, which is served with roasted broccoletti, roasted potatoes and spinach. We pour the hot, light and lemony sauce and we go inside: it’s fleshy, it’s successful, it’s culinary perfection.

Come fall, once the sliding doors are opened to bring the outdoors in, L’Amo could fit perfectly into any Mediterranean marina from Monte Carlo to Marbella.

In the kitchen, no pea foam in sight, no deconstructed accompaniment or flambé dessert that looks like a tomato although secretly custard. It’s honest: it’s traditional cuisine without frills and we love it.

A conversation with the chef

Chef Lorenzo has worked in Michelin-starred kitchens while literally traveling the world, having served as sous chef on the Disney cruise liner in the Caribbean before taking on roles in the UK, Turkey, Bali and in Morocco.

Most recently, he led the Nammos team, located at the Four Seasons Resort Dubai in Jumeirah. The Mykonos-inspired restaurant has hosted everyone from Cristiano Ronaldo to Sheikh Hamdan, Crown Prince of Dubai, who also visited L’Amo in May.

For his trip here, he explains how he plans to wow diners. “I want to execute simple cooking using the freshest seasonal produce,” he says. “Seasonal ingredients naturally taste great when combined.”

He cites his favorite dishes like breaded veal Milanese for carnivores; sea ​​urchin spaghetti for seafood lovers; burrata, beetroot, tomato and walnut salad for vegetarians; and the aforementioned pistachio ice cream for the sweet tooth.

In his own words, his food philosophy is, “I let the food speak for itself.” And, at L’Amo, it cries: “Eat me!”

Fresh catches vary in price by size; bar for two is Dh650 per kilogram. Starters average from Dh60 to Dh80, main dishes are from Dh110 to over Dh400 and sides average from Dh25. The best option is to try the summer lunch menu, which operates Monday through Thursday from noon to 2 p.m. For 139 Dh, customers can choose a starter, main course and dessert.

Open every day from noon to 3 p.m., from 6 p.m. to midnight; Dubai Harbor Yacht Club, Dubai. Reservations can be made by contacting 04 278 4800 or by visiting www.lamorestaurant.com

This review was conducted at the invitation of the restaurant