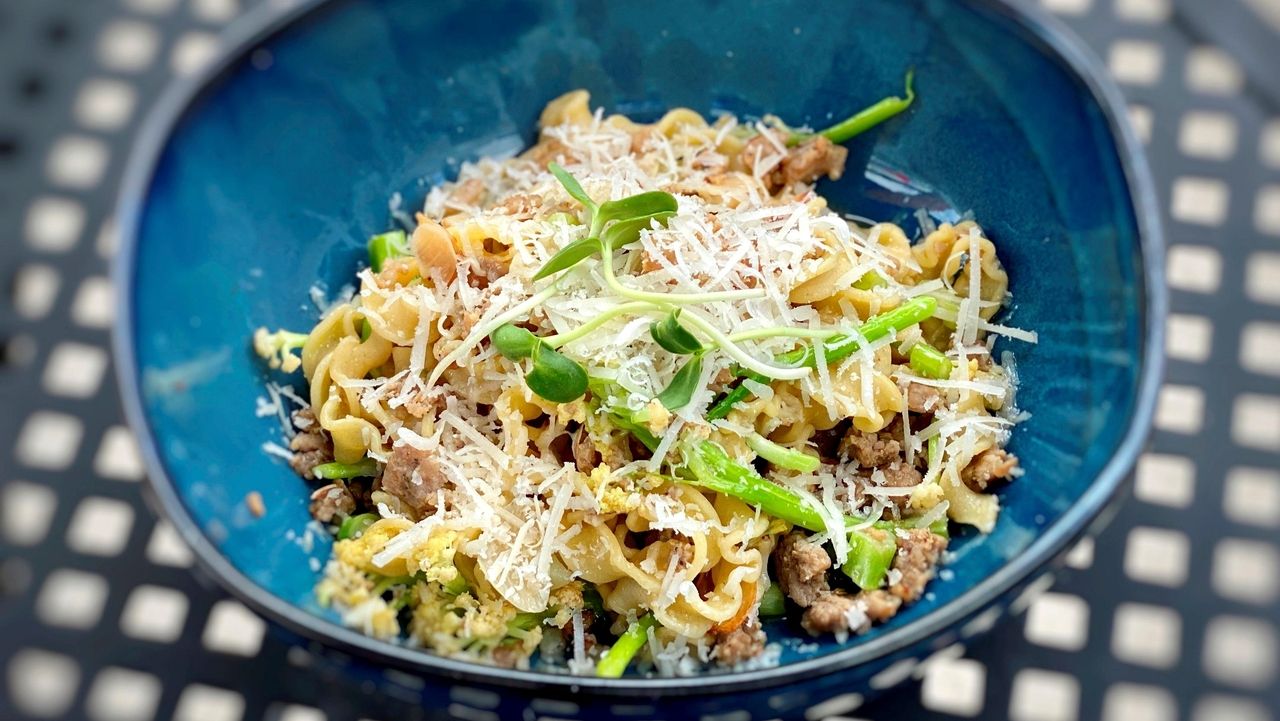 With Vico, chef Eric LeVine brings Italian regional cuisine to a new level of specificity. Not just southern Italy, not just the Campania region, Vico’s cuisine is inspired by the town of Vico Equense, just across the Sorrentine Peninsula from the Amalfi Coast. Vico Equense is the hometown of the Fortuna family: Perry, owner of the restaurant, and Joe, Perry’s father, associated with 317 Main, LeVine’s neighboring restaurant-market-event space.

Inside the restaurant, the decor, artwork and ceramics reflect the sunny Bay of Naples. For the real sun, there are a few tables out front and a patio out back with 50 seats.

The menu features very little of what you see at most Italian and Italian-American restaurants on Long Island, and is particularly vegetable-heavy: there are entrees of whole roasted eggplant with Calabrian chili peppers, roasted Jerusalem artichokes with marinated onions and a tuna crudo garnished with red and white endives. Vegetables also feature prominently in a number of pasta dishes: Ricci (crumpled ribbons) with fioretto (sprouted broccoli) and sausage, mushroom agnolotti with broad beans and pancetta, or ricotta gnocchi with broccoli pesto and pistachios . All pasta is homemade.

LeVine would be remiss if he didn’t serve Campania’s greatest contribution to world gastronomy: pizza. His pies range from the traditional – Margherita, prosciutto and arugula, bologna and pistachio – to more whimsical creations such as artichoke with bacon and mozzarella, roasted mushrooms with tomatoes and whipped goat cheese, and figs with onions. caramelized and arugula. The pies are available in 10-inch rounds ($13-$15), rectangular, meter-long “subway” pies that serve 6-8 people ($32-$38), and “half-metro” pies ( $20 to $25).

Prices are sweet across the board: all but two entrees are under $13; most pasta is under $20; no principal exceeds $30. There’s a short wine list with some interesting bottles, four Italian beers, an Italian cider, and a slate of craft cocktails.

Erica Marcus, an avid but skeptical omnivore, has been reporting and opining on Long Island’s food scene since 1998.