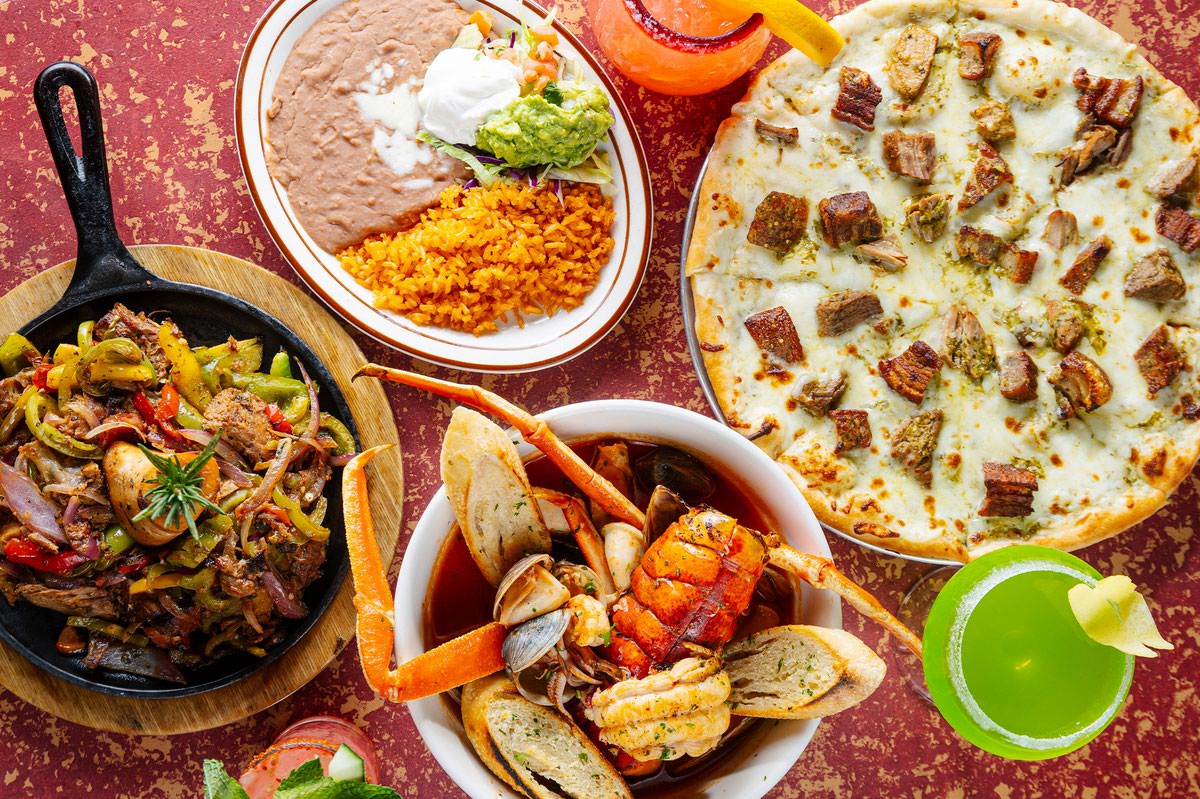 The latest restaurant offering from the family behind the Lindo Michoacan empire was a massive undertaking that has gotten tougher over the past two years. But Il Toro E La Capra was born in January, a unique blend of Italian and Mexican cuisines in the familiar Las Vegas family format at Lindo since 1990.

Lindo Michoacan owner Javier Barajas has spent millions to acquire the gigantic former Rhythm Kitchen space in the Southwest Valley in 2020, turning it into the site of his dream come true Italian restaurant. As if the pandemic wasn’t enough of an obstacle, the original Lindo on East Desert Inn Road was forced to close for months later that year due to a sinkhole.

But the double drain on resources could not derail the dream. Lindo reopened last summer and work continued on Il Toro E La Capra, named after Barajas’ youngest children, Javier (“the bull”) and Jimena (“the goat”).

“It was a big challenge, but now we’ve risen to the challenge and we’re getting busier every week,” says general manager Carlos Villaseñor, who worked for more than a decade at Lindo’s West Flamingo site. . “It looks completely different, nothing like the other restaurant [Rhythm Kitchen].”

Villaseñor likes to say that Il Toro E La Capra offers three menus under one roof: Mexican dishes that the community knows and loves, authentic Italian dishes and a fun fusion mixing seemingly disparate cuisines. The restaurant is open daily for lunch and dinner, with a weekend brunch buffet from 10:00 a.m. to 2:00 p.m., so you have plenty of time to try all these different dishes.

The current menu isn’t divided into these three categories, but it makes it more fun to sift through the offerings and discover something different. Taquitos D’oro ($11) – fried corn tortillas filled with chicken, beef or cheese and topped with pomodoro sauce, guacamole, feta cheese and pico de gallo – are listed under “antipasti,” and c It’s a great example of how things work. Flavor combinations that may seem odd turn out pretty well, including pizzas topped with salsa verde, carnitas and chicharron crumbles ($18), or veal osso bucco fajitas ($38), where Burgundy-style braised meat is mixed with grilled peppers, onions, tomatoes and cilantro.

Pasta pollo con rajas y crema ($23) is a best-selling, upgrade on Alfredo. Chicken, pasilla peppers, corn and shallots are sautéed and tossed in a cream sauce before joining homemade spaghetti, parmesan cheese and cilantro. Osso Bucco Michelangelo ($42) with porcini mushrooms and saffron risotto and Frank Sinatra Lamb Shank ($36), are among other popular dishes, and families can load up on pizza ($14-$18), chicken parm ($23) and pasta like penne with pesto ($19).

Combo dinners ($16-$23) with tacos, enchiladas, tostadas and more will satisfy the Lindo Michoacan devotees at your table. And it might be the only place in town where the tough dessert choice is between tiramisu or flan (both $10). It’s a win-win.

Click HERE to subscribe for free to Weekly Fix, the digital edition of Las Vegas Weekly! Stay up to date with the latest Las Vegas concerts, shows, restaurants, bars and more, delivered straight to your inbox!

Fusion of Chettinad spices and Italian recipes at Karaikudi Restaurant