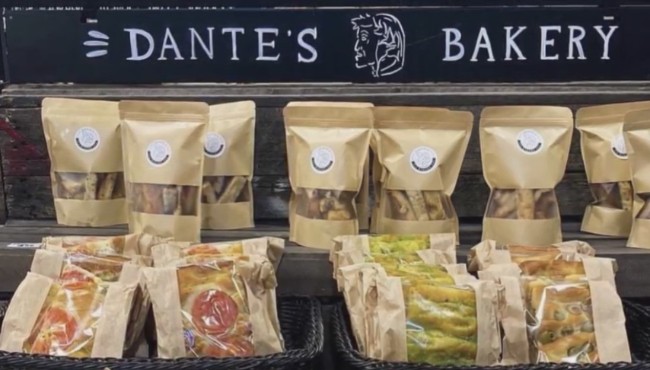 GRAND RAPIDS, Mich. (WOOD) — Michele Minghetti has fond memories of sitting in her grandmother’s kitchen in Italy, sampling the many delicious dishes she made from scratch.

“My dad is Italian and my mom is half Italian half American,” he said. “I was born in Switzerland, but I lived several years in Italy.”

“I missed Italian cuisine. I always hear people love Italy, and I thought, you know what? I can bring this with me and provide it to the people of West Michigan who deserve it,” he said.

Minghetti traveled to Italy over the summer as an apprentice to the bakers who bake focaccia daily. He learned that the process is quite different from how it’s typically made in the United States.

“They make it thicker here. We make it very simple. We only use six ingredients. The olive oil we use is very important. I had to try 12 different varieties of brands to figure out which one is the best because I couldn’t find the one I use back home in Italy,” Minghetti said. “The baking process also takes longer to let the dough rise, which gives even more enzymes to the bread, giving it a stronger flavor. It’s somehow healthier for you. It’s easier to digest. »

Minghetti and his brother Raphaël started Dante’s Bakery, named after the Italian philosopher. Their focaccia and other baked goods are sold at Bridge Street Market in Grand Rapids, D&W Fresh Market in Breton Village, local farmers markets and on line. He hopes to open his own storefront next year.

Above, watch the video to see one Italian’s reaction after trying Dante’s focaccia.