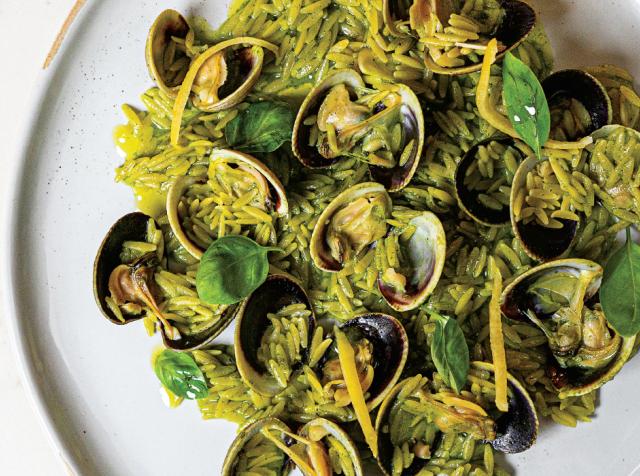 Explore the next wave of Italian cuisine

For all its versatility, Italian cuisine often comes down to the basics. Its simplicity is what first caught the attention of Gina Marinelli, partner and chef at La Strega in Las Vegas.

“The first time I went to Italy and saw the simplicity behind the dishes,” she says, “that’s when I fell in love with it.”

During his career, Marinelli has worked with a handful of notable chefs, including three-time James Beard Award winner Scott Conant. But after years of cooking in Las Vegas, she yearned to better understand Italian cuisine and decided to take a self-guided food tour.

Traveling to places like the Amalfi Coast and Bologna (a city known as the “belly of Italy”), Marinelli saw how much Italian chefs and even home cooks relied on fresh, seasonal ingredients. .

Chef Eric Rivera of the recently opened Ravello Ristorante in Montgomery, Alabama, also cites the Amalfi Coast as his favorite source of inspiration. Like Marinelli, he is drawn to the simple, minimalist nature of Italian cuisine.

“It’s about maximizing a few flavors,” he says. “It really showcases the ingredients.” He adds that one of the best things about Italian cooking is that just four or five ingredients can look like a symphony of flavors when used with the proper technique.

When Marinelli returned to the United States, she was determined to apply the same philosophy to her new restaurant, La Strega, which opened in 2019.

“I really try to just celebrate the traditions,” she says. “Things like getting a nice fish and using the best olive oil, using the best cooking techniques. Things they would do in Italy.

Handmade pasta is a cornerstone of La Strega’s menu, including bucatini with spring pesto, chanterelle mushrooms and Grana Padano cheese and orecchiette with chilli, truffle and maitake mushrooms. Marinelli isn’t the only chef to embrace the pasta extruder; she says handmade pasta is becoming one of the next big things in Italian cuisine.

“There are so many [pasta] forms now that people create and come up with,” she says. “People are having fun. They take classic shapes and put their own twist on it.

Rivera agrees, predicting that lesser-known shapes like scialatielli (short, thick noodles) will replace more common cuts like penne and angel hair. He goes one step further by adding that the colors of the pasta will also expand with natural dyes like squid ink.

“The art of making fresh pasta is definitely a huge trend,” says Rivera. “Creating different shapes of pasta, weaving different colored pasta – there’s so much that can be done with pasta right now.”

Just as chefs look for freshness in their ingredients, so do guests. For this reason, Marinelli thinks some Italian dishes could become more interactive. After all, it worked with table guacamole in Mexican restaurants.

“When we started making pesto at the table, people went crazy for it,” she says. “We use a mortar and pestle, and people were amazed. We have the opportunity to really showcase the ingredients and show off at the same time.

In terms of ingredients, Marinelli also expects spices and flavors from other regions to find their way into Italian cooking. Spices such as za’atar and sumac bring hints of Middle Eastern and North African flavor to staples like pasta, pizza and bread.

Summer also offers the opportunity to present lighter dishes with products such as melons and tomatoes. Marinelli and Rivera see thick cream and butter-based sauces giving way to oil-based ones.

“You have to completely lean into the menu,” says Marinelli. “Nobody wants to eat a big bowl of pasta when it’s 125 degrees outside. So we’re going to retire things like steak and celebrate veggies and produce instead. Even the proposals for wine by the glass are modified.

Fish crudo is an unusual dish that could finally be in the spotlight this season. Similar to ceviche, crudo takes raw fish and marinates it in citrus fruits, a process that lightly cooks it.

“It’s definitely not something we’re used to here in the South,” he says. “Having these crudos gives people something very light, clean and showcases our fish. Many high-end Italian restaurants really push crudos.

Dishes like crudo also underscore an often overlooked side of Italian cuisine, namely its healthy halo. Lasagna, ravioli, chicken parmesan, and other indulgent dishes are commonplace in the United States, but traditional fare goes beyond hearty entrees. Italy is located on the Mediterranean and is a major influence on the popular diet of the same name, which includes an abundance of fruits and vegetables, lean protein (especially seafood), legumes, nuts and whole dairy products.

Another healthy characteristic of authentic Italian cuisine could also be found on other menus. Rivera says Americans eat about a pound of pasta per sitting, often because it’s the main course. In Italy, pasta is only part of a meal, which often includes a salad and protein.

Whether it’s extruders, crudos, global spices, or smaller portions, one trend that’s almost certain to permeate the Italian category is the shift to more seasonal dishes.

“That’s how they do it in Italy,” he says. “It’s a good representation of the type and style of food.”