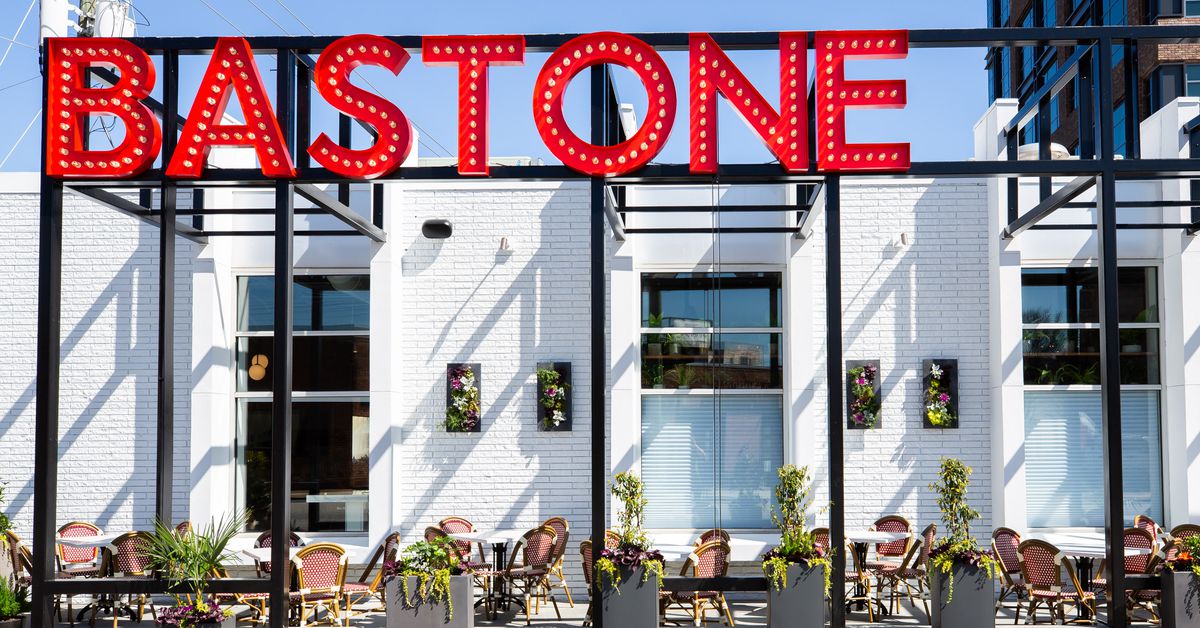 Bastone Italian restaurant and mozzarella bar opens on Howell Mill Road in Atlanta, take a look at the menu

“Bastone is meant to grab your attention from the street. The first thing you see is this large, bright red sign against the white exterior of the building. We want to draw you in and then introduce you to the food here,” says chef Pat Pascarella of his latest restaurant Bastone, now open on the corner of 8th Street and Howell Mill Road.

Pascarella calls Bastone his most ambitious restaurant to date, fulfilling a professional goal for the chef to see his restaurants transform into a training ground for the city’s next generation of culinary talents and pasta makers.

The Connecticut native began his restaurant career at age 16, finding himself a few years later working for chefs like Scott Conant at restaurants in New York City, where he soon realized that making pasta required serious skill in making by hand. He was determined to master it. Pascarella remembers arriving at 6 a.m. most days, a few hours before the start of his shift, just so he could work alongside his mentors.

“I was five the first time I made pasta. My grandmother was my first teacher,” says Pascarella. “Now I’ve been making pasta professionally for 20 years, but it was probably only six years ago that I really delved into what pasta could mean to me and my career. I want to be known as this “pasta guy” in Atlanta.

Over there in the dough room At Bastone, Pascarella works with his staff as often as possible to teach them everything he knows about creating pasta for his restaurants. He encourages them to develop their own shapes and have fun. Nothing is forbidden, he says.

“The pasta program at Bastone is definitely the highest of my other two restaurants [The White Bull and Grana] and it’s the first time I haven’t opened as an executive chef,” says Pascarella. “Bastone is finally the place where I step back from the everyday kitchen and become more of a teacher and let my executive Chef Alex Bolduc take the reins.

Although the footprint remains the same, the building now sports gleaming whitewashed walls inside and out and a new cafe-style patio in front to accompany the covered patio behind the restaurant. A long leather bench separates the dining room from the mozzarella and charcuterie bar. Meats ready to be carved hang above the bar, while Pascarella stretches fresh mozzarella before serving it.

“I’ve always wanted to do a mozzarella bar in Atlanta, so this is definitely a dream of mine. We pull mozzarella to order,” he says. “People love burrata, but I feel like few people have seen what it looks like or how it forms before it hits the table.”

Mozzarella flights are also available. Customers can also create their own cheese and meat spreads from the selections on the menu.

Bastone offers ten pastas each evening, eight of which are handmade daily in the pasta room. The menu changes two to three times a week, which Pascarella says works well at Decatur’s White Bull.

The raviolo on the menu is a version of a similar dish found on the White Bull menu. Bolduc and Pascarella played with the shape of the pasta, which resembles a donut. It is then stuffed with lobster and ricotta and topped with prawns, nduja (spicy salami) and tomato sauce accented with Calabrian chili peppers.

Then there is the very busy pollo Genovese in Bastone. Chicken and onions form the base of the ragu tossed with hand-rolled busiate (think: long macaroni noodles) sprinkled with peppercorns sitting on a layer of fonduta. Bolduc compares the dish to the comfort of chicken and meatballs.

“Chef Alex can really do everything from pasta to mozzarella, but there are only dishes on this menu where he really shines, like Jerusalem artichoke caponata,” says Pascarella, “I love collaborating with my chefs. I’ll be there for the next month, but after that Bastone is a collective collaborative restaurant between Alex and his team here.

Pascarella says that while he’ll find it hard to walk away from Bastone’s kitchen, he’s now ready to comfortably take on the role of mentor to help train new chefs and pasta makers at his restaurants in Atlanta.

“I am so proud of this restaurant and the collaborative culture we are building as a restaurant group. Bastone represents what I have been working towards for years professionally. It will be sad, but I want my people to eventually leave my restaurants and open their own restaurants. This will be a proud dad moment for me.

What we read this week [March 7, 2022] – Insolvency/Bankruptcy/Restructuring