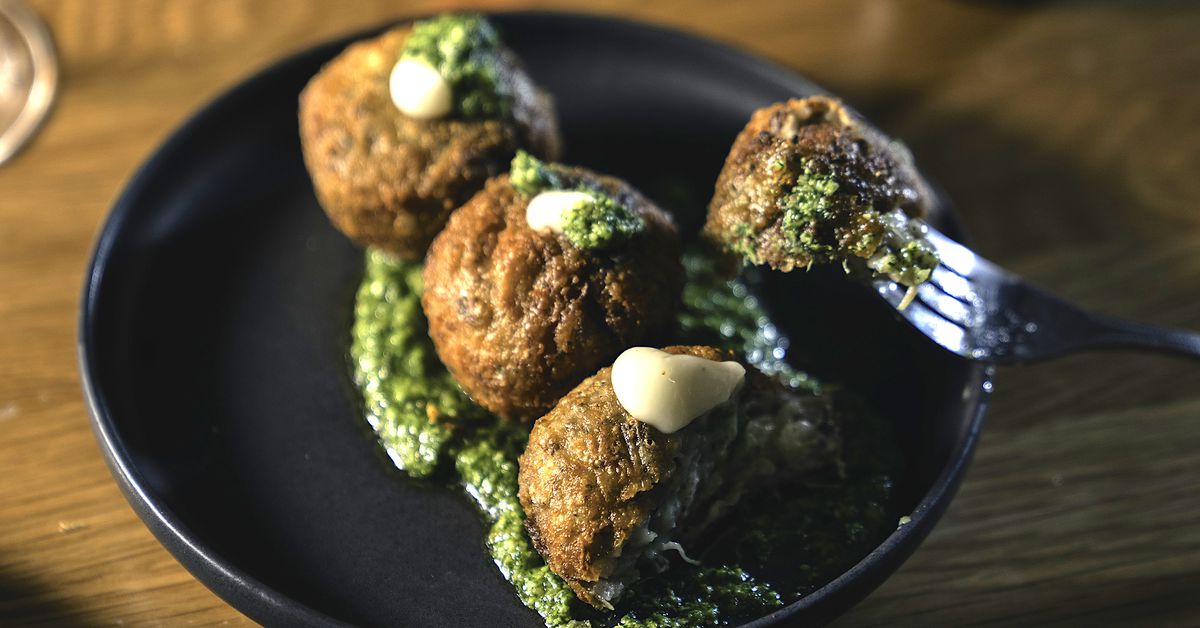 A vegan Italian restaurant and wine bar opens in St-Henri

The St-Henri district of Montreal has since gone vegan Hello 123 closed the doors of its Rue Notre-Dame location several months ago, but in its place has now emerged an exciting new option: Conceria. From the same owners (Mark Kupfert, Daniel Suss and Jonathan Dresner), and still pet-free, the new osteria and wine bar, open from May 26, has a more upscale bent, with an emphasis on Italian dishes and natural, low intervention wines.

Conceria’s menu – its name translates to “tannery” in Italian and is intended as a juxtapositional nod to The history of St-Henri as a leatherworking center in the 18th and 19th centuries — is courtesy of Executive Chef Félix Gagnon. Prior to joining the restaurant group three years ago and overseeing the culinary production of Kupfert and Suss’ Old Montreal joint Fiance BurgerGagnon worked in several Italian-leaning places “where meat was at the center of everything”.

Now he’s concocted an enticing array of dishes that includes arancini with wild mushrooms, tofu ravioli with “ricotta”, gnocchi in a squash velouté and (his favourite) a dish of caramelized carrots, where the vegetable- root is draped in an Aperol glaze and topped with a cashew-based ricotta. For dessert, there’s a citrus tiramisu made with coconut mascarpone, bombolone, brownies, and more.

Wine isn’t an afterthought either at Conceria, where wine director and front desk manager Cédric Charpentier has compiled a list of more than 60 skin-contact options that are natural and require little effort. intervention, focusing on small Italian producers. Beyond that, there are seasonal cocktail options, including variations on the Amaretto Sour and Paloma.

The space itself is a redesign of the group’s short-lived H123, intended as an official Hello 123 counterpart. But when the pandemic hit, the team transformed the operation into a Hello 123 outpost, serving its more casual and comfortable – and take-out – grub style. (Hello 123 now has three locations: one in NDG and two in Ontario.)

In the coming weeks, Conceria’s 90-seat interior – replete with white oak surfaces, mirrored walls and a central bar – will be joined by a 40-seat outdoor terrace, set up along Rue Rose de Lima.

“Everything is supposed to be an Italian-style place to drink and hang out,” Kupfert says. And while it’s vegan through and through, he hopes it will register primarily as a great place for Italian food and wine — “which also happens to be plant-based.”